Summary of my doctoral research project: Learning About Oneself: An Essential Process to Confront Social Media Propaganda Against the Resettlement of Syrian Refugees

To conduct my research project, I received several awards:

I received several awards for my doctoral project, which I am listing below:

Public reactions to the 2015-2016 resettlement of Syrian refugees to Canada ranged from strong support to active resentment. My doctoral study consisted of an in-depth exploration of those experienced by host society youth. It examined the process of youth from several countries learning about themselves in the context of the social media propaganda about the resettlement of Syrian refugees, and it investigated how the public opinion about the refugee resettlement affected youth perceptions of their roles in the integration and inclusion of these newcomers.

I conducted 126 in-depth interviews with 42 host society youth between 18 and 24 years old from North America, Europe and the Middle East. For the purpose of my doctoral thesis, only data collected from the Canadian participants was analyzed and shared. The participants were recruited through a snowball sampling technique. They were active on social media, supportive of the Syrian refugee resettlement in Canada, but deliberately acting as passive bystanders whenever they encountered online posts and interactions about the Syrian refugee crisis. Adapting four techniques from George Kelly’s Personal Construct Psychology (Kelly’s self-characterization technique, Procter’s Perceiver Element Grid, Kelly’s Repertory Grid Test and Hinkle’s laddering technique) I interviewed each participants three to four times.  The interviews provided the participants with opportunities to delve into their own construct systems and to reflect on the genesis of their constructs.

This study carried important pedagogical implications to educators, in particular civic educators, social workers, curriculum developer, policy makers, governmental and non-governmental representatives, and parents concerned with the takeover of social media by hate speech proponents, namely the social media propaganda against the resettlement of Syrian refugees. It presented a model – the Get Ready to Act Against Social Media Propaganda model, which informs various educational contexts how to help youth withstand manipulation, fight racism, hate speech, cyberbullying and radicalization. The process is composed of concrete tools and strategies, and engages youth in transformative in-depth discussions.

Through the Get Ready to Act Against Social Media Propaganda model I proposed based on the results of my study, I posit that learning about oneself and understanding one’s own behaviours in regards to a sensitive and controversial issue targeted by digital age propaganda is key to transform passive bystanders into agents of change. It helps individuals examine and address what holds them back from acting. It equips and empowers them to get ready to be actively involved in counter-propaganda behaviours.

Get Ready to Act Against Social Media Propaganda is the first step to take to get ready to act. Several disruptive pedagogy interventions are necessary to create change in behaviours. These all include dealing with the complexity of messy situations, accompanying the learner in reflections to understand themselves and their ideas, their stereotypes, their fears and their views of the world.

Through the process that is described in this model, participants were able to:

This study constitutes a first step towards the development of recommendations that aim to inform key leaders and stakeholders in educational contexts to better intervene and create learning and training programs that focus on facilitating the inclusion and the integration of newcomers, such as the Syrian refugees, in a context where the potential presence of these newcomers is construed through content shared online. A variety of channels, environments, learning approaches and strategies must be considered (online/offline, synchronous/asynchronous, formal/informal or incidental, communities of learners/individual learners).

Furthermore, through my project I was able to draw from my expertise in performance consulting to study the Canadian immigration and refugee system holistically, from a systems perspective. I conducted a performance diagnosis focusing on the integration and inclusion of Syrian refugee youth performance issues in relation to social media content using Swanson (2007)’s performance diagnosis matrix (PDM). This doctoral project was the beginning of a larger research agenda I envisioned where my objectives evolved from understanding how social media influenced the inclusion and integration of Syrian refugees in host societies, to finding strategies and solutions to address this influence and empower our youth to stir it towards helping newcomers to become fully-fledged productive Canadian citizens.

Interdisciplinary aspect of the project:

My project was at the intersection of education, educational technology, information and communication, psychology, and political science. While the overall focus of my study was on curriculum development in the area of media literacy, I used a human performance technology approach to analyze its complex social context that was rooted in the political events that were leading to or caused by the Syrian refugee crisis and the public reactions to it, and I created interview instruments that stemmed from Personal Construct Psychology.

As I was developing my methodology for this study, I went directly to the source. I travelled to the European Conference of Personal Construct Psychology in Italy where I met the authors of the techniques I was using and presented my work to receive their feedback and criticism. My work was validated and commended by top psychologists in the field including Harry Procter, David Winter and Vivian Burr.

Quickly after completing the data collection, my project gained credibility from my scholars in several disciplines. I was invited to offer a workshop titled Hands-On Methods to Encourage Participatory Politics to address the influence of social media on the integration and inclusion of newcomers in host societies at the International Graduate Summer School at the Center for Immigration Policy Evaluation (CIPE), a seminar on how to confront extremists’ social media propaganda through transforming passive bystanders into agents of change at the Politico-Religious Extremism and Violence seminar (P.R.E.V.), and a workshop on how to use social media in preventing radicalization at the 3rd International Symposium on Teaching about Extremism, Terror and Trauma: Radicalization – Creating Learning Against Radicalization (C.L.E.A.R.). I was also invited to participate in the panel Democracy, Journalism, and Citizenship: What girls have to say at the 14th Annual Pierre Elliot Trudeau Foundation Forum. I facilitated a workshop titled Rôle de préjugés dans l’opinion publique et influence sur accueil de réfugiés during the seminar Démystifier les crises des réfugiés du global au local organized by the UNHCR and l’Institut du Nouveau Monde. All these workshops stemmed from the disruptive pedagogy aspects of the Get Ready to Act Against Social Media Propaganda Model I developed in my doctoral thesis.

Research dissemination for my doctoral research:

I participated in many local, provincial, national and international professional and scientific conferences and congresses, where I presented and discussed my research project. I have published two papers in peer reviewed journals in collaboration with my doctoral supervisor and a number of op-eds, as per my CV.  I also presented my research in several media outlets and engaged in various forms of knowledge mobilization including workshops and events.

Can you spot the female duck?
The highlight of my day after a 3-hour drive from Quebec to Montreal. Totally in love with the #nunsisland ! #homesweethome
Spending some quality time with my @zein.abou_khalil
Passing by the #nunsisland ‘s sky #isitabirdisitaplane
12 years in Canada and I still have to stop everything I’m doing when one of them visits and take a picture! #visitingfriends #squirrel #sunnyday
Tonight’s #moon Wondering if the sky is the same in quebec city. Missing my life there.

Connect with me on FB

Connect with me on FB 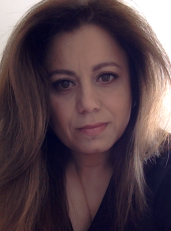 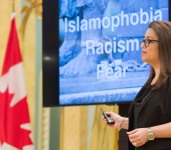 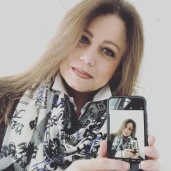 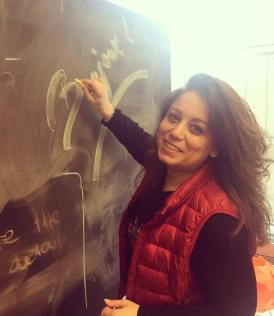 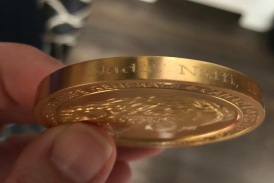